Looking at my original photos I have become conscious of simply copying the motifs and patterns that I see. Although they are beautiful I don't want to be re-creating them but more take the shapes and using them differently. It was suggested that I look at what it was about the images that I liked and the different motifs in them and, use that to create a list of keywords to do more work from. I came up with a range of words which I then categorised as the following:

I will be using these words to influence not only my next drawings and paintings but also for when I start producing design ideas. I started with 'moody' and created my own photoshoot with leaves and fruit which both appeared within my original imagery.  These are some of my favourite photos from the shoot: 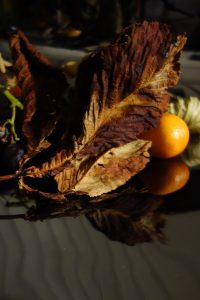 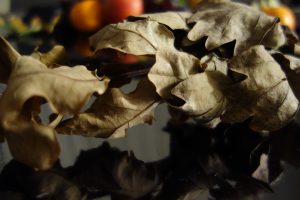 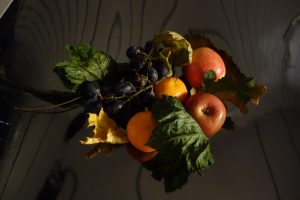 I placed the objects onto reflective card to create shadows and exaggerate the shapes which tied in with the other side of my project. 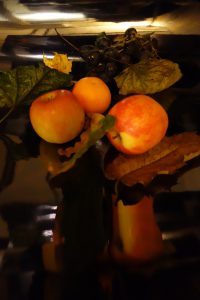 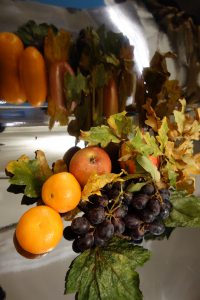 I also looked at using the same objects to look at 'uniform' and make them look a bit like fruit stalls where everything is placed in groups and lines.

Finally I placed some of the fruit into water and some behind it to look at how this distorted the shapes. I really like this idea of distorting as it changes the appearance so that it isn't so literal. 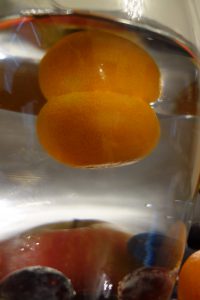 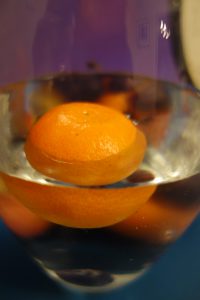 I was also recommended this video which having now watched has some resemblance to my moody still life images.